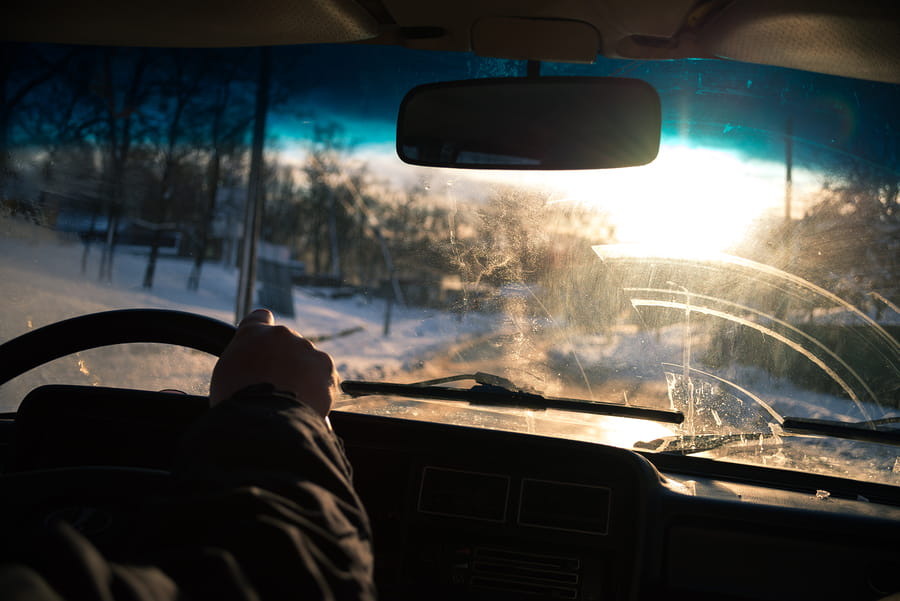 We’re less than a month into winter but have already dealt with significant snow falls, icy roads, and blizzard-like conditions. We discussed some winter driving tips in our previous blog, but safe driving during the winter isn’t just going slow and being alert—there’s also some tasks you have to take care of before hitting the road. The biggest one: improving your visibility.

This season, a lot of drivers will come out to their car and find ice on the glass or a vehicle buried in snow. To try and save time, some people will only partially clear their windshields and instead rely on the defroster to take care of the rest. They drive off with partially covered windows, and other drivers are put in danger due to that hazard. There have already been numerous reports of near-accidents or collisions occurring because drivers failed to completely clear their windshields. All it takes is one car in their blind spot to cause an accident that could have been avoided by taking a little more time to clear off their car.

Even if you think you’ll be fine to drive with a half-covered windshield, there’s always the chance of being pulled over by the police. Traffic laws require Minnesota drivers to have working windshield wipers that remove rain and snow, and they are not allowed to drive a vehicle when the windshield or other windows are covered since it limits their view. Not taking those extra minutes before driving to clear off your windows could result in a fine or other costs if you get into a collision. While the law does not require you to wipe off snow from the rest of your vehicle, it’s always a good habit to get into so it doesn’t blow back and affect your visibility or another driver’s.

Superior Collision Center serves the Twin Cities with their autobody needs and can help drivers after a collision. Contact us today to set up an appointment.