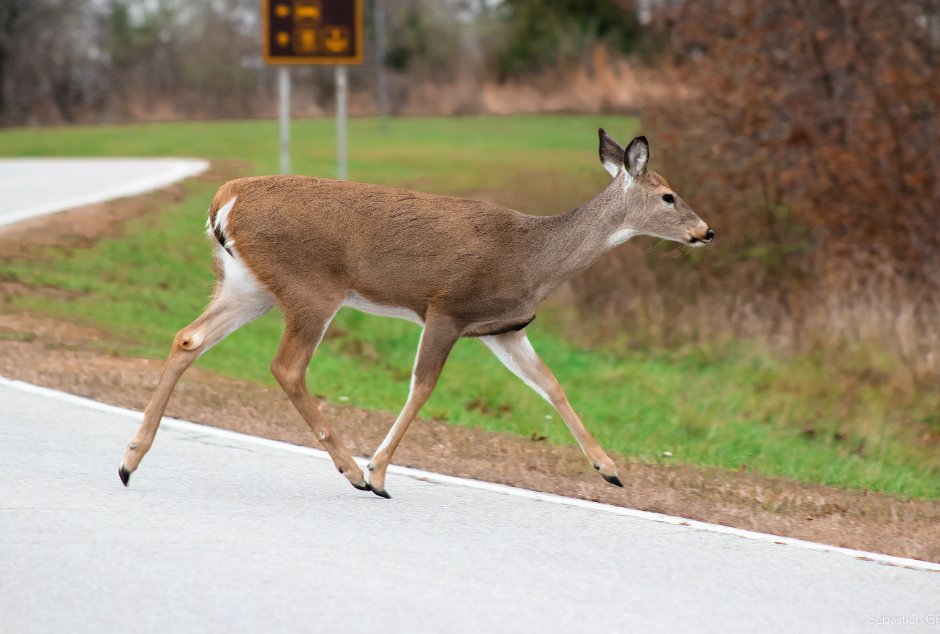 The end of the year brings with it many occasions: the start of cooler weather, the beginning of the holidays, and the kickoff to deer season. In Minnesota, hunting and mating season begin around the same time or from late September to December. The wildlife becomes more active as a result, and the data shows it by reporting that most deer car collisions happen in November. To help you prepare, we’ve gathered the top driving safety tips for deer season.

Be aware of the time of day.

While deer are already more active during this time of year, there’s also a time of day to watch out for when on the road: dawn and dusk. As a darker time of the day, drivers should be careful of the potential visibility concerns. Use your high-beam lights if you’re on back roads with no other cars coming on the opposite way. A deer’s eye will reflect the light and hopefully give you more opportunity to spot them.

Assume there will be multiple.

Deer typically travel in groups, so if you only see one, assume there’s more just outside of your vision. After you’ve spotted the animal, slow down at a manageable pace. Continue to drive slowly past the area just in case more deer come running out. Unless the deer passes right in front of you in close range, you want to avoid slamming on your breaks in case the car behind you doesn’t have enough time to stop.

Look out for deer crossing signs.

Luckily, areas of high wildlife activity are marked by signs. Whenever you drive by wooded areas especially, you should be cautious. However, deer are also known to wander around suburban areas, so that does not mean you’re in the clear in neighborhoods.

If a deer does dart in front of your car, try to resist the urge to swerve. Avoiding the deer could still result in a collision if another car is traveling the opposite way. It will most likely damage your car, but it’s less dangerous to hit a deer than another car at high speeds.

As always, do not drive while distracted. Looking away from the road for even a few seconds may be enough to cause an accident. When you’re vigilant, you have a higher chance of spotting the deer before they cross. If you’re not paying attention, there may not be enough time to react and slow down.

We hope these tips help you stay safe on the roads this season. If you do run into a deer, the experts at Superior Collision Center can help your car look good as new.